Back in January, Microsoft Office users rejoiced with the introduction of CloudOn, an iPad app that ran a virtualized Microsoft Office suite (Word, Excel & PowerPoint) on the iconic tablet. Not content to sit on their laurels, CloudOn’s developers have added new features to the app that makes it more appealing and useful. CloudOn 2.5 adds the ability to annotate and track to its iOS app. But don’t worry,  Android support is coming. In addition to the previously available tools for managing, creating and editing files, you will be able to add shapes and lines in Word with your fingers, type a note and preserve those markups in the files themselves. You can save to Dropbox, Box, or  Google Drive accounts. The new CloudOn FileSpace feature reveals a real-time stream of data on changes to your documents so that you can effectively track changes across platforms. The ribbon toolbar is optimized for touch gestures for editing and spell checking. While it is running a version that is akin to 2010, rather than 2013, it is more than sufficient to give that virtualized Office experience. While it’s a bummer that it isn’t yet retina supported, it is a great tool for those longing for Office on their iPad or Android-powered device. It also bears noting that, through partnerships with both Microsoft and Adobe, CloudOn lets you open and view a variety of file types with the built-in Adobe Reader and File Viewer, including PDF, JPG, PNG, GIF, etc. And its all for free. 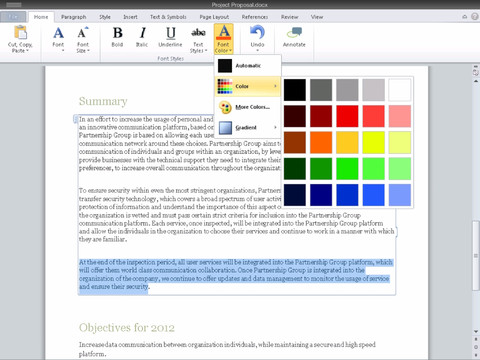 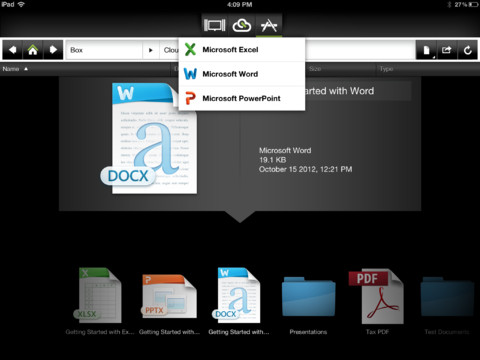 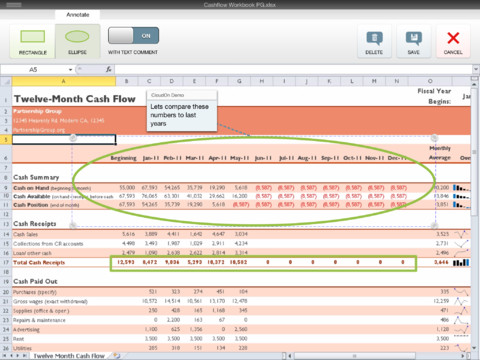 One comment on “CloudOn 2.5 Getting Closer to the Full Office on the iPad”