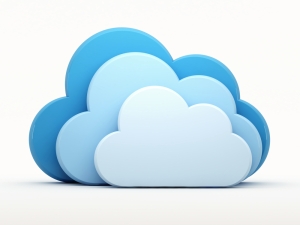 Sometimes, as a heavy duty user of cloud tools and a vocal advocate of same, I take for granted that others have the same awareness of and comfort level with them as I do. Not necessarily so, it appears. Less than a year ago, Citrix published a study that revealed that most people were a bit confused about the topic. Their blog post reporting on the study posted a few somewhat humorous highlights, such as:

So, how do lawyers measure up against the more general population of cloudless masses? The ABA conducts a Legal Tech survey every year, the actual results of which I admittedly don’t read because the multi-volume set is a bit pricier than I would like to fork over. So I tend to depend on the reviews and reports by those more in the legal tech know than I, such as bloggers Bob Ambrogi and Nikki Black.  I encourage you to hit the links to get more details on the results of the latest survey. But I can summarize for you that attorneys’ use of the cloud has grown significantly over the past year, with the  larger percentage of respondents assigning the greatest importance to time and billing and case management applications. Interestingly, though, the top four most used applications by lawyers are not legal-specific apps but are consumer apps – Dropbox, Google Docs, iCloud and Evernote, in that order.  As it appears, lawyers are ahead of the curve on cloud awareness and adoption. Yay, us.

But maybe you need a bit more information and guidance on the cloud and what it means to you as a lawyer. Well, I have the goods for you. Or, rather, MyCase – a cloud-based case management software company – has them, in the form of a nice slideshow. Check it out and be informed!

Guide To The Cloud: Is It Time To Move Your Legal Practice Management Software To The Cloud? from MyCaseSD
Advertisement

5 comments on “Do Lawyers Have Their Heads In the Clouds?”