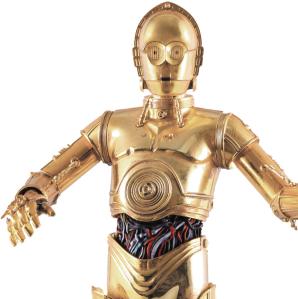 The future is now! Dentons, LLP, the multinational firm boasting the largest number of lawyers in the world, apparently needs more of them — of the electro-mechanical sort. Dentons is financially backing a group of students from the University of Toronto who, as a class project, created an artificial intelligence to perform legal research. Code-named Ross, the AI uses IBM’s Jeopardy-nailing Watson to scour massive amounts of case law and legal docs in seconds to produce answers to legal questions. A Siri for lawyers, as the student-startup founders describe it.

Dentons is not new to embracing legal technology. It has its own legal tech lab, called Nextlaw Labs in California, where it apparently cooks up new legal technology projects. The student start-up, known as Ross Intelligence, Inc., will get access to the labs for their work, along with the financial investment from Dentons. Dentons, through Nextlaw, is also in the process of rolling out a cloud-based platform for lawyers, employing the IBM cloud and BlueMix Cloud Foundry technology. The idea is to create the foundation for developers to leverage and enter the legal tech market in order to create even better products for legal consumers to manage their work.

Right now, while the developers are refining and improving, Ross the Robot is focusing his intellectual powers on a database mostly comprised of U.S. bankruptcy law and “he” is being piloted not just at Dentons, but also at a few other elite firms in the US. His developers say that Ross is “learning” through action and responsive feedback – an exciting and frightening concept, to be sure. Pretty soon, I imagine, Ross will have the learned experience of a fifth year associate.

AI in the legal field is not unique to Ross – Microsoft’s Ventures Accelerator program is involved in another project that leverages AI to work through parts of complex contracts. RAVN Govern, powered by RAVN Systems’ Applied Cognitive Engine also uses AI to assesses  risk levels in contracts, and advise regarding the risk exposures before the contract is signed.

But no doubt, Dentons definitely has it all figured out. From the Denton’s release: “Technology is now and will continue to be a real differentiator in the legal profession,” explained Dan Jansen, CEO, NextLaw Labs. “The potential in companies like ROSS shows how the approach to solving client challenges is going to change. NextLaw Labs wants to be a part of transforming what is possible into a tangible offering in today’s legal market.” I, for one, welcome our new robotic paralegal overlords. Can I grab you a cup of coffee, Ross?